We have previously introduced our official white T-shirt at several occasions. In case you missed it, here is the look at Festival Pembaca Indonesia (IRF) last month...

It surely looks neat and clean! Great job, Dina :) However, soon after that we also received some requests to produce the invert color; white on black. So, without further ado, we would like to present the cool version of Jakarta Book Club T-shirt: 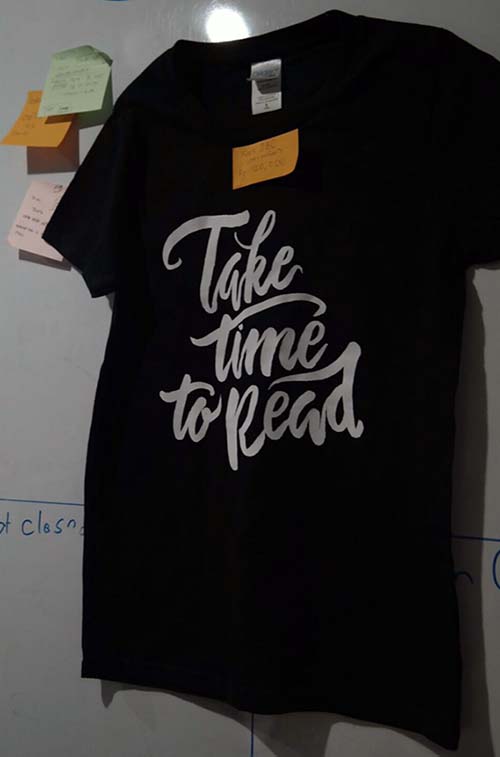 Pre-order is open at Rp 120,000 (same type for male and female). If you want to have this collection, make an order via email to officers@jakartabookclub.com. 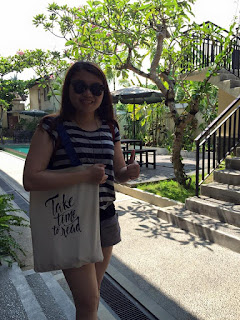 Other than that, we also produced a cute tote bag for fellow book lovers. Believe it or not, this little bag can carry as much as five books.

Pre-order is now open at special price Rp 100,000 for a limited period of time. Order today via email to officers@jakartabookclub.com.