NEWS: Harry Potter, Tony Blair... Can These Blockbusters Save the World of Books?

Taken from the Observer (written by Robert McCrum)
As ebooks boom and publishers brace themselves for an 'iPod moment', bestsellers such as Blair's continue to endure. 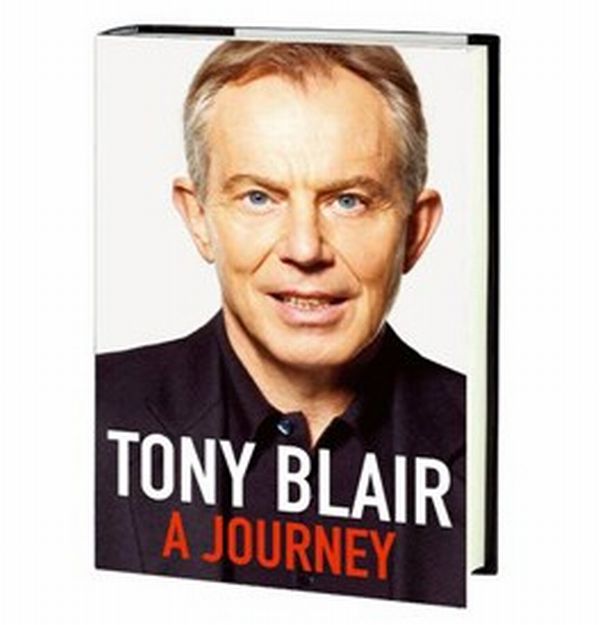 At the beginning of A Journey, Tony Blair brags that he has "the soul of a rebel". Last week, he made good on that boast by conducting a gravity-defying act of literary presumption –publishing a hardback of some 720 pages, priced at £25, tricked out with index, acknowledgments and 32 pages of photographic plates. More transgressive yet, the rebellious former PM confessed that he had handwritten it himself, with a pen, on "hundreds of notepads". Even more incredible, in the current climate, the punters have shown every sign of responding to this quixotic act of defiance.
According to Cathy Rentzenbrink, manager of the Richmond Waterstone's: "These sales are brilliant and really exciting. You don't often have customers almost breaking down the door to buy a book, but Blair is totally outselling Mandelson. I've not seen anything this big since Harry Potter or Dan Brown. This looks like the Christmas book of the year." She adds: "It's very rare for a hardback to outsell a future paperback, but this might be one of those exceptions." Rentzenbrink says she does not know its Amazon discount, or if there's a significant ebook and audiobook sale. (Those figures are closely guarded.) What matters is that a fat hardback with a big print run is actually selling.
Go into any bookshop today and you will find the unmistakable evidence of a business in the midst of a collective nervous breakdown: hardbacks discounted at 50% (Waterstone's is selling Blair for £12.50); heaped tables of "3 for 2"; and spectral hints of the death of print: audiobooks and advertisements for the Sony Reader (another new version launched this week), or the Elonex touch screen, or the Cybook Opus. In 2010, there are more than 20 competing e-readers.

In the UK, electronic publishing lags behind the US, but many of the brightest publishing brains, notably Enhanced Editions, are looking hard at the potential of the book as app. Only a luddite would dispute that it's a matter of time before the ebook joins the iPod and the mobile phone as an vital component of the way we live. Ebooks, indeed, are already integral to the iPad and last week Amazon launched a sales campaign for its latest Kindle. Deplore this if you must, but be prepared: even theOxford English Dictionary is now conceding that its third edition, 21 years in the making, will be published not on paper but online.
The £25 hardback of Blair's A Journey will certainly become a traditional bestseller. But many nervous industry observers are watching to see how many ebooks it sells. Within the book trade itself, all the main players (agents, editors, booksellers) have converted to e-reading, and now some authors are exploring the potential of the new technology. Stephen Fry is said to be developing a revolutionary app for his forthcoming autobiography. Yet many traditional publishers privately say that printed books will continue to be manufactured, bought and cherished.
The buzz surrounding last week's Kindle launch raises the possibility that the book is about to become engulfed by an "iPod moment" for literature, analogous to the transformation wrought on the music industry by downloading. Who knows? Here's where gazing into the crystal ball for the biggest IT revolution in 500 years gets really difficult.
Tim Waterstone, who has had an uncanny sense of what the British book buyer wants, remains sceptical. He concedes that the reference book market (dictionaries, encyclopedias, atlases) is "certain to go online". But what about fiction? Biography? Poetry? Children's books? "Personally," he says, "I don't think so."
Like many great booksellers, Waterstone is a cultural conservative. As he talks, he spots a paperback classic, for under a tenner, on his 17-year-old daughter's bookshelves, and launches into the old defence of ink and paper. "That's incredible value," says Waterstone. "She's a child of the digital age and she's still buying books." So what's the future? A long pause. "The only honest thing to say is: I really don't know."
Bookshops are changing. The worst are becoming novelty item and greetings card boutiques, but the good ones are selling more books than ever, and the publishers, cursing the climate and moaning as usual about the state of the harvest, show few signs of cutting back on their output. Blair's success suggests that the book-buying public may talk digital but actually buy analogue. This could be Gutenberg's long goodbye.